For more than 20 years, Tom and Doug have navigated the universe in their own spaceship of musical calamity.

Thomas P. Florek is a mild-mannered computer programmer from Princeton, NJ.  Doug Gentile is a less-mannered professor at a major Midwestern university.

They met when Doug was recruited to sing backup vocals for Tom on Popeye the Sailor Man at an open-stage in Buffalo, NY in 1985.  The first song they ever wrote together was titled God Doesn't Want Your Money.

In 1986 they helped to form a band, Norm and the Standard Deviates, and toured Western New York from their house to Eric's mom's house.

After Eric’s mom threw them out they migrated to New Jersey, where they became a regular feature at the Good Time Charley's Open Stage. They performed with several talented players there, and soon learned to envy people with talent.

Doug continued his nomadic ways, moving to Champaign, IL, Minneapolis, MN, and Ames, IA. Tom began to host Cafe Improv, a monthly stage and cable television show for a wide range of artists.  Despite living 1000 miles apart, they pioneered ways to record and perform together, including the legally dubious “Live via satellite” performances. 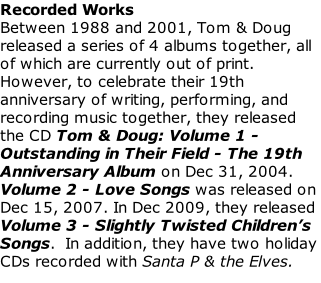 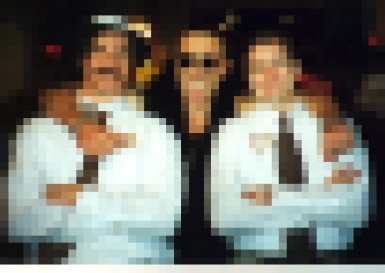 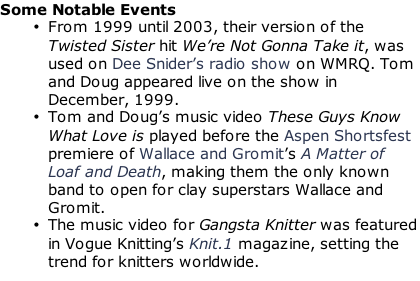 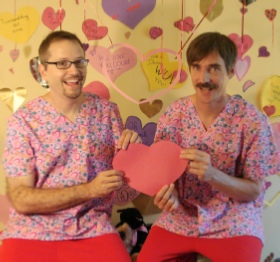 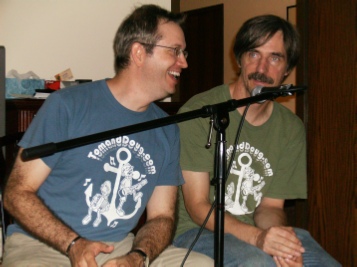 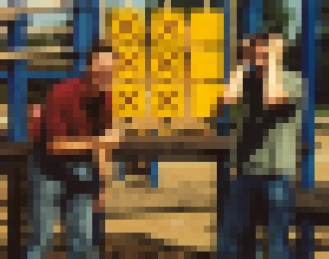